Connecting the World For You

Headquartered in Dubai since 2004, with the focus to create innovative and integrated solutions, Aamro Freight and Shipping Services LLC is a well-established family-owned business having a globally competent office and distribution facility in Dubai Industrial City.

With a pledge to develop the best capacity the CEO/Managing Director, Mr. Murali Nair, has contributed remarkably to the industry. Using his 40 plus years of experience in the field of logistics, his eye-for-detail coupled with in-depth knowledge and proficiency have earned Aamro an admirable reputation. Aamro operates in more than 200 Forward Stocking Locations (FSL/SSL) and offers Importer of Record (IOR) and Exporter of Record (EOR) services worldwide. The organisation is robustly structured to deliver results leaving our esteemed and globally renowned clients to focus on their prime business. Our FSL/SSLS ranges from less than 50 square feet to larger ones exceeding 100,000 square feet to accommodate the ever-growing demands of our customers.

Backed with a QAT (Quality Assurance team) to track processes and continuous value addition at no extra cost have gained us a strong foothold in the Middle East, Africa, and India. 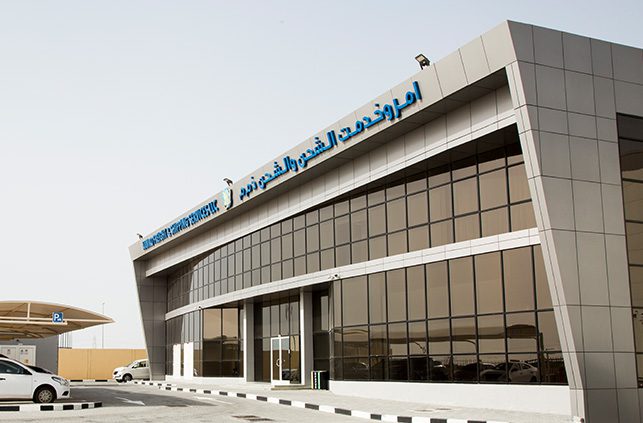 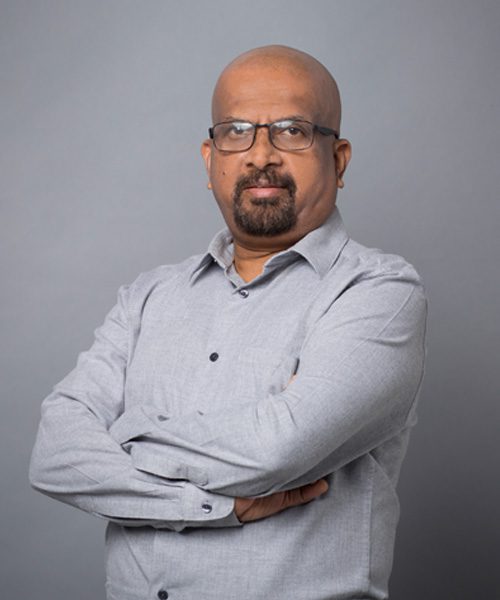 Mr. Muralidharan Nair is an admirable example of how hard work and dedication can yield success. He had a humble start in his career in Mumbai at the Santa Cruz airport in an aircraft handling agency.

Mr. Muralidharan Nair is an admirable example of how hard work and dedication can yield success. He had a humble start in his career in Mumbai at the Santa Cruz airport in an aircraft handling agency. A fire in him inspired him to pick up his bag of dreams and determination and fly to Saudi Arabia to discover his forte as a cargo officer. That was 1980. The hustle in him to win didn’t stop him there; to find his purpose he flew back to India and started a computer training and software development centre, but the ill political scenario in Kerala forced him to shut it down but his mind was open; He fought the odds and won a worthy position with the Lemuir Group, principal partner in India for AEI (Air Express International) one of the largest freight forwarding companies in the world at that time. He later relocated to Dubai, explored the logistics business in UAE, and in 2004 he successfully founded Aamro Freight & Shipping Services LLC. With his vision and intellect, he made Aamro a global player in the business by establishing offices in all major cities across the globe.

To add more glory to his success Mr. Muralidharan Nair has diversified Aamro into a Group of Companies with different business verticals:

In 2018 he started Aamro Dairies Pvt. Ltd. in Vaikom, Kerela with the noble purpose of conserving the Indian cattle breed.

Veena has fruitfully influenced the progress of Aamro ever since she joined as a Management trainee in 2006. She sports a degree in Information Technology and a will to never give up in the face of adversity. Marriage in 2010 brought her to Bombay where she continued gathering experience and mettle as a Sales Support Executive with Hapag Lloyd, Mumbai. Her quest for growth and prosperity brought her back to Dubai and Aamro welcomed her as their Director of Sales & Marketing.

Her hard work and commitment have earned her the position of Executive Director at AAMRO; she redefined and streamlined the Global Trade Services and Logistics Department at Aamro, an integral part of the gamut of services provided by Aamro, with accuracy par excellence.

Innovative ideas and a thirst to spread joy at work as a resourceful leader are some of the qualities that describe SEENA. Sounds perfect for being an HR veteran and that’s what she is. She treaded her journey to the top with a qualification in PGDM from T.A. Pai Management Institute in 2014. She started with a positive approach and a focussed mind as a Management Trainee at Manipal Education Services in the HR Department and was soon promoted to a Senior Executive working directly under the Group Head HR and the Vice President of the Manipal Group at their Head Office.

She joined Aamro in 2015 as a Manager - HR and Projects. Her finesse for forming robust and well-defined structure and setting policies that are beneficial to the growth of the organisation made her Director of HR and Projects at AAmro in no time. She successfully organized the Human Resources at Aamro by bringing about policy changes and HR processes.

She currently oversees and manages the operations for Aamro Aviation and Aamro Dairies.

Some people start small and make it big with their hard work, dedication, and foresight; like our General Manager, Ajith Bhaskaran. He started as a junior assistant in Air Cargo with AEI Danzas in1992. Gathering knowledge and experience in handling Dangerous Goods and Air Chartering all the way long he propelled to the position of Special Assistant Manager, Air Cargo in 2002.

In 2004 he joined AAMRO as an Operations Manager. While keeping a close eye on the markets and being fully aware of what’s needed next, he proved to be highly valuable in redefining the custom clearance department. He was recognized for his commendable efforts and promoted as the General Manager in 2017.

Great minds think big. At Aamro you will discover an amalgam of minds that are drawn from various experiences and Sibin is one of them. He is Head- Business Development and Marketing, and only within a year of joining Aamro has raised the profit graph and is engrossed in promoting our new flagship- DIC Warehouse. Sibin is an MBA from Bombay University. His journey is marked with many milestones that deserve mention; He has offered his valuable service to Business Development, Key Account Management, and Operations of Al Futtaim Logistics and played a key role in developing the IT vertical and managing some of the high value accounts catering to freight and contract logistics. He has skilfully handled relocation’s division delivering exceptional results during his tenure. He’s been a founding member of Uniq Movers and New East Logistics (JAFZA) and accelerated the Freight forwarding and 3rd party logistics business. He is poised to bring the organisation a fresh lease of developments through his dynamic style of working.

Any amount of planning is futile without appropriate operations. At Aamro our operations team is alert, agile, and on the go. Midhun -Assistant Manager – Operations leads by example. He is always present and handles operations skilfully and with total presence of mind. He holds a Mechanical Engineer’s Degree from Anna University. His aptitude for going out of the way to assert a healthy flow of work makes him stand apart from his peers. He has gathered his experience and expertise over the years after going through a rigorous grind; an OEM Coordinator for RSM Autokast in Coimbatore; Marketing co-ordinator at J.J.Power Systems and finally Aamro in 2013 as a Logistics Management Trainee. He joined Aamro- Dubai as a logistics officer and soon graduated to Assistant Manager – Logistics using his ability to drive a team by playing an integral role in the processes.

Aswathy comes across as a very pleasant, positive, and accommodating young and vibrant lady. She gathered her basket of goodies with a degree in B. Tech in Computer Science at the Royal College of Engineering and Technology from the University of Calicut in Kerela in 2010. She is a certified IATA Dangerous Goods CAT 6 professional.

For a start, she worked as a Software Developer at Uninor & Orion. She joined Aamro in 2014 as a Sales Executive. Her undying spirit to succeed and a commitment of steel won her the position of Assistant Manager -GTS only within a year of joining. She leads the Global Trade Services, operations, and client service portfolios. Aswathy is not only a striking personality but a strong associate of the organisation.

Dubai, the second-largest city in the UAE, is prominent as one of the most business-friendly cities due to its location between Europe and Asia, making it the perfect crossroad between the East and the West. Moreover, it occupies a time zone that is well suited for connecting distant markets in the Far East, Europe, and Africa, with a majority of the world’s population reachable by air within only four hours. Aamro, being located in Dubai, is truly advantageous to accelerate the dynamics of the business. Whether you are importing or exporting, working with Aamro will plug you into a system that is strongly connected to various zones across the globe while being firmly rooted in the city of international trade.

Dubai is poised with excellent infrastructure and transportation facility, and a host of economic advantages like cheap labour, easy recruitment procedures, and duty-free imports for overseas companies who set up business in the Free Zones.

Being a centre for international business the city supports a global community of professionals and business people consequently affording a cosmopolitan regime and outlook to its residents. 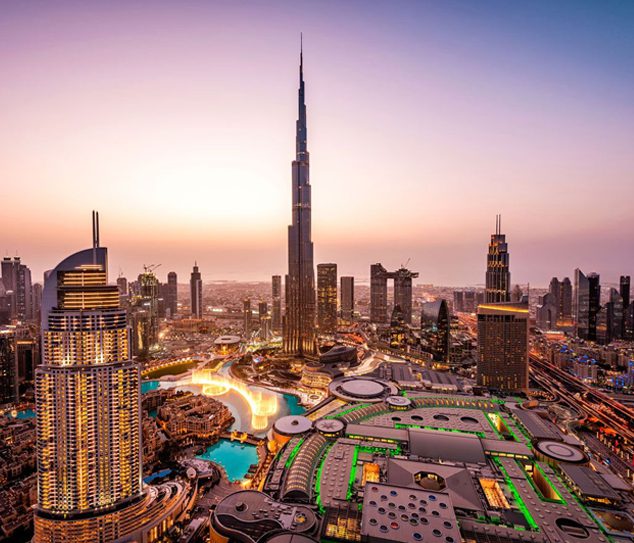 Please fill in the form below, our team will contact you shortly.